Call me back
Ask a question

What is a Master Trust.

Provided by the National Pension Helpline 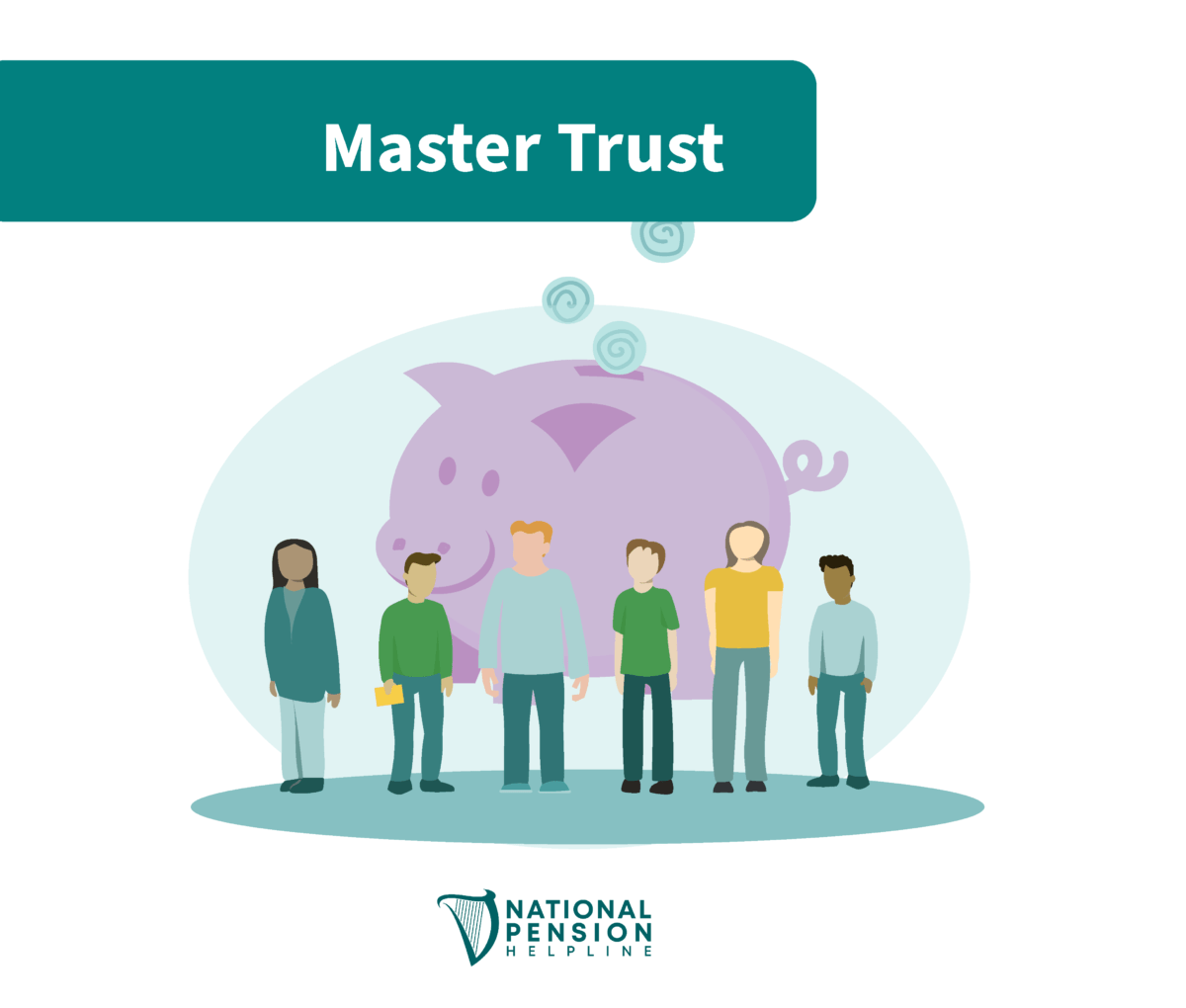 A Master Trust is a relatively new structure that was setup under EU legislation. Called IOIRP II, it is a wide-ranging directive that seeks to harmonize pension scheme management across the European Union.

It was adopted at the EU level in 2016 and in 2021 it was signed into Irish law. It is a wide-ranging directive that sets out new rules and management approaches for pension schemes across the European Union, irrespective of size or length of service. Pension fund trustees have specific responsibilities under this directive and they must adhere to them.

Included among many other things are new rules around Master Trusts. These, in simple terms, are Trusts that are made up of professional trustees, rather than a company appointed body that has a number of company pension schemes within it.

So, it is a Defined Contribution company pension scheme set up under trust but the trust may have many different companies under its umbrella. A pension provider, such as an insurance company, will operate a Master Trust and offer its services to a particular company. They will appoint professional trustees to manage the funds of each of the Master Funds member companies.

Who is a Master Trust for?

The Master trust structure was created to benefit companies that do not want to manage their own board of trustees. Previously, each company that offered a defined contribution pension would have to appoint and manage their own board of trustees from within the company. Operating as a trustee can be a time-consuming and complex role and the management of its operations would fall to senior management and the HR department.

A Master Trust is an alternative to this scenario, offering the services of professional trustees to manage a company’s pension provision. While the experience for the employee will appear to be the same, the bulk of the pension management will be undertaken by the professional trustees. At the same time they will manage a number of different companies under the same scheme.

Is a Master Trust a safe investment?

The IORPII EU directive has strict rules as to how a Master Trust must operate. It is controlled under national and EU legislation and lays out important guidelines of operation. These rules and guidelines are for the protection of the company and the company’s employees.

What are the main functions of Master Trust trustees?

The professional trustees of a Master Trust are tasked with reviewing investment performance and strategy. They will monitor and report on the performance of the pensions it holds. It will manage the relationships between the Pensions Authority, Revenue and the Financial Services & Pension Ombudsman. It must also ensure that strategies are in place to prevent or resolve any conflicts between company members of the trust.

Who is the trustee of a Master Trust pension

Trustees of a Master Trust are professional trustees with experience in managing trust and pension funds. They will be appointed by the financial institution that operates the fund but the trust itself is a separate legal entity to the appointing insurance company.

As they are appointed as professionals, the benefits to member companies are that they will have the very best expert advice on their investment funds. While company trusts also set out to include experts on their board of trustees they do not always have the breadth of knowledge and experience that a board of professional trustees can offer.

Who makes decisions on what the benefits of a Master Trust will be?

The Master Trust trustees offer advice to their member companies as to how their funds should be administered and decisions are taken on a collaborative basis and according to the rules of the Master Trust. Changes in fund allocation can have implications for all member companies so appointing experts with experience in the management of trusts is central to the appointment of trustees.

What is the benefit of a master trust

Master Trusts allow the member companies and their employees to have a transparent and professional trustee management experience.

They can benefit from economies of scale that come from there being multiple companies within the scheme. They also benefit from the expertise of the dedicated members of the trust and their combined expertise. As the Master Trust is also set up under the auspices of an existing financial institution such as an insurance company the Trust operates under the very best investment landscape available. For an individual company the Master Trust structure removes a lot of the time consuming and complex management of a pension fund that a normal company based trust structure involves.

How to start a master trust

Access to Master Trusts are offered by individual financial institutions. To get started, contact an independent pension advisor who can examine your company’s specific requirements and outline your options in regard to this important part of your company’s long-term financial planning.

Take Your Assessment
Request A Callback

Simply fill in the assessment form and a member of our team will be in touch to discuss your options. This is a 100% cost and commitment free service.

© Copyright 2021. NationalPensionHelpline.ie is an information-only website and does not provide direct financial advice. By submitting your information through the platform, your information is sent directly to our pension advisor partners who are regulated by the Central Bank of Ireland. NationalPensionHelpline.ie has a registered office at National Pension Helpline, 151 Thomas Street, Dublin 8, D08 PY5E. View privacy policy.

You can find out more about which cookies we are using or switch them off in settings.

This website uses cookies so that we can provide you with the best user experience possible. Cookie information is stored in your browser and performs functions such as recognising you when you return to our website and helping our team to understand which sections of the website you find most interesting and useful.

Strictly Necessary Cookie should be enabled at all times so that we can save your preferences for cookie settings.

If you disable this cookie, we will not be able to save your preferences. This means that every time you visit this website you will need to enable or disable cookies again.